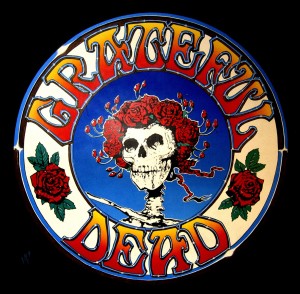 The Grateful Dead‘s 50th anniversary has been momentous!

There were the Fare Thee Well shows this past summer, substantial studio and live recording releases, the Dead & Company tour, and…

… Sleepy Alligators, a Bellingham, Washington band, inspired by the Grateful Dead, was born!

It all began when guitarist John Wilson started delving deep into chordal and modal improvisation, which happened to be Jerry Garcia‘s wheelhouse.

And so, with all of this Grateful Dead energy in the air, John formed a new band, handpicking musicians he’s worked with before, musicians who, together, could find that sweet spot between looseness and synchronicity that the Dead were masters of. (See the About page for more about the individual members.)

The plan was to start off playing mostly Grateful Dead tunes, using them as a vehicle for building band chemistry and cohesion, to then venture out into interpreting the music of other artists, and possibly composing some originals. As of this writing, the plan is going very well, and the band is coming together nicely.

As for the name, astute Deadheads will recognize Sleepy Alligators from the first line of the song Alligator, off the 1967 Grateful Dead album Anthem of the Sun.